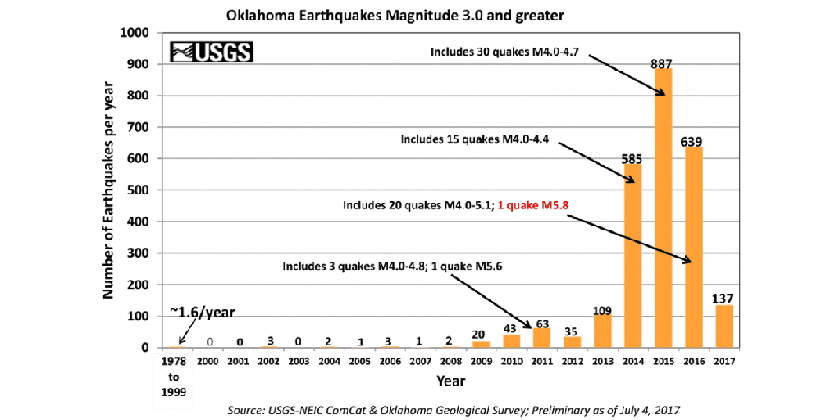 Casey’s research mostly looks at the health implications of fracking, which was what led her to Oklahoma, she said. In the state, wastewater from fracking, as well as oil production, is being re-injected into the land, which environmental researchers now believe cause earthquakes.

Background
Oklahoma has experienced a rise in seismicity since 2010, with many earthquakes induced by wastewater injection. While large single earthquakes have documented mental health repercussions, health implications of these new, frequent earthquakes remain unknown. We aimed to examine associations between Oklahoma earthquakes and statewide anxiety measured by Google queries.

Conclusions
These findings suggest that the recent increase in Oklahoma earthquakes has elicited a psychological response that may have implications for public health and regulatory policy.